Fight Against SGBV: Effective Parenting is an Essential tool—Mnemnete Assemblyman

The assemblyman for Mnemnete Electoral area in the Ablekuman Central Constituency in Accra, Mr. Yakubu Abana has reiterated the need for effective childhood parenting to curtail the numerous sexual and gender-based violence in our homes and communities.

According to him, it is essential for parents to provide the basic needs and wants of their children as well educate them on issues relating to Sexual and Gender Based Violence (SGBV).

This, he believes would help in the development and growth of the child who would be well informed and educated on SGBV issues.

Mr. Abana made these remarks during an outreach program at Sabon Zongo, a suburb in Accra on Sexual and Gender-Based Violence (SGBV) organized by United Population Fund (UNFPA).

Sexual and Gender-based Violence (SGBV) refers to any act that is perpetrated against a person’s will and is based on gender norms and unequal power relationships which includes physical, emotional, or psychological and sexual violence as well as denial of resources or access to services.

The United Nations Population Fund (UNFPA) SBGV outreach program was to sensitize communities on the need to report any SBGV issues to the appropriate authorities for the needed support and assistance.

It is also one of the many ways UNFPA is using to educate women, girls, men and boys on SGBV across the country.

Speaking to the issue, the Assemblyman explained that, there have been numerous Sexual Gender-Based violence cases within his jurisdiction. 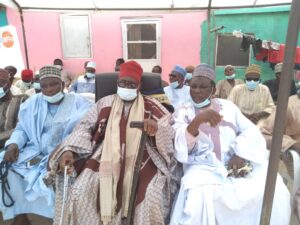 He attributed this to the breakdown of family structures and bad parenting where the girl or boy child is left to cater for him or herself which leads to defilements, rape among other violence.

He cited an incident where a family of a young man who raped a twelve (12) years old girl in the community tried to address the incident at home but yielded no result.

“The family of the boy tried their best to resolve the issue at home and at a point, insisted that, the boy was insane, however, the case was reported to the police and as we speak now, the young man is serving a seven-year jail sentence”, he narrated.

He therefore called for proper upbringing of children in the numerous Zongo communities as well as education to ensure that, the children understand, express themselves and report any violence or abuse to the appropriate authorities.

“It is time for parents in the Zongo communities to interact more with their children, know and understand the needs and wants of their children to avoid any Sexual and Gender-Based Violence issues. 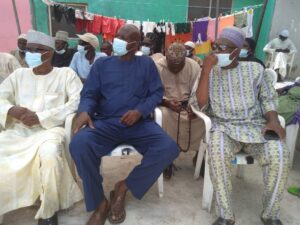 He further appealed to married couples to address their marital issues devoid of violence and abuses as children learn fast from their parents.

Mr. Abana expressed his appreciation to UNFPA and its other stakeholders for a program to sensitize the public on Sexual and Gender-Based Violence and its dangers and called for more of such outreach programs, including education on basic parenting, especially in the Zongo communities.

On her part, Fatahiya Sumaila, a Youth Leaders fellow with the UNFPA explained that sexual and gender-based violence issues are rarely discussed in Muslim communities.

“Issues relating to Reproductive Health, Sexual and Gender-based violence are rarely discussed because of the religious beliefs and practices however, it does not mean such issues don’t happen in Muslim homes and communities”, she noted.

Muslim women and girls she acknowledged, are also victims of sexual and gender-based violence hence the need to engage them to understand and appreciate the reason to report any SGBV issues to the appropriate authorities for support and assistance.

“Most Muslim women don’t know that it is economic abuse to be denied of working to earn an income for themselves” she bemoaned adding, “that is why Muslim women and girls are abused by their husbands because they solely depend on their husbands, hence no economic freedom”.

Drama was used to depicts the dangers of Sexual and Gender-Based Violence to enhance the understanding of the women, girls, men and boys in the Zongo communities.

The members of the community also benefitted from a health screening exercise, which included Blood Pressure checks, Hepatitis B and HIV testing.

Dignity kits consisting of sanitary pad, a box of nose mask, a towel, a toothbrush, soap and an underwear were also distributed out to participants.

The outreach program was graced by the Country Representative of UNFPA, Mr. Niyi Ojuolape, Chief Yahya Hamisu Baako of Sabon Zongo and members of the Youth Leaders Fellow of the UNFPA.