Ghana are likely to see some major additions to their starting set-up, should they accomplish their target of landing the likes of Southampton’s Mohammed Salisu, Chelsea’s Callum Hudson-Odoi and Athletic Bilbao’s Inaki Williams ahead of the World Cup in Qatar later this year.

The new arrivals could also cause a potential switch from a back four formation to a back three which new coach Otto Addo seems to be flirting with.

Six months prior to the World Cup, GOAL looks at how the Black Stars starting team could potentially look in Qatar. The Swindon Town man impressed in goal in the play-off victory over Nigeria and despite the return of prior first-choice Richard Ofori from injury, the former is likely to keep the starting spot for the World Cup. Should he opt to switch international allegiance from England to Ghana, the Brighton and Hove Albion youngster is expected to walk straight into the Black Stars starting team at the right side of the defence, ahead of out-of-favour Reading ace Andy Yiadom and new national recruit Denis Oddoi, who started in both legs against Nigeria in the qualifiers.

A potential Ghana switch from a back four to a back three will work even more in the favour of Lamptey, whose best performances in the Premier League have come when he played at right-wing-back. Bordeaux’s Gideon Mensah did a good job at left back against Nigeria, but Reading’s Baba Rahman held the role as first-choice starter until injury ruled him out of the March play-offs. In a back three which Ghana is likely to see going forward, however, Crystal Palace’s Jeffrey Schlupp may be the biggest beneficiary of the switch from a back four by his recognized profile as a left-back, left winger and now left midfielder this season at club level.

Fair to say the Germany-born player appears the most complete out of the available options to play as Addo’s left-wing back. And although he has lost a bit of pace lately, a left-back role where he plays and moves more into midfield positions (central or left areas) than wide left when the Black Stars attack may well fit his current state.

A supporting midfield role from left wing back will also be important to prevent opposition overload centrally for Ghana’s middle two. The Leicester City man could lose his centre-back starting spot if Ghana decides to play a back four, a situation which will deny the Black Stars his valuable experience, particularly considering the lack of it in the likely starters.

But a back three will do well to accommodate the 27-year-old, who will likely then start at right centre-back. Should Ghana opt for a back three going forward, the prevailing back four disruption will likely be a result of the availability of Southampton’s Salisu, who is expected to walk straight into the Black Stars’ starting team.

Despite being the only natural left-footed man among the main Ghana centre-back options, he will likely play as the central of the three where he could use his physicality, height and good defensive command to best effect, particularly for clearances were he tops the performance order in the Premier League. 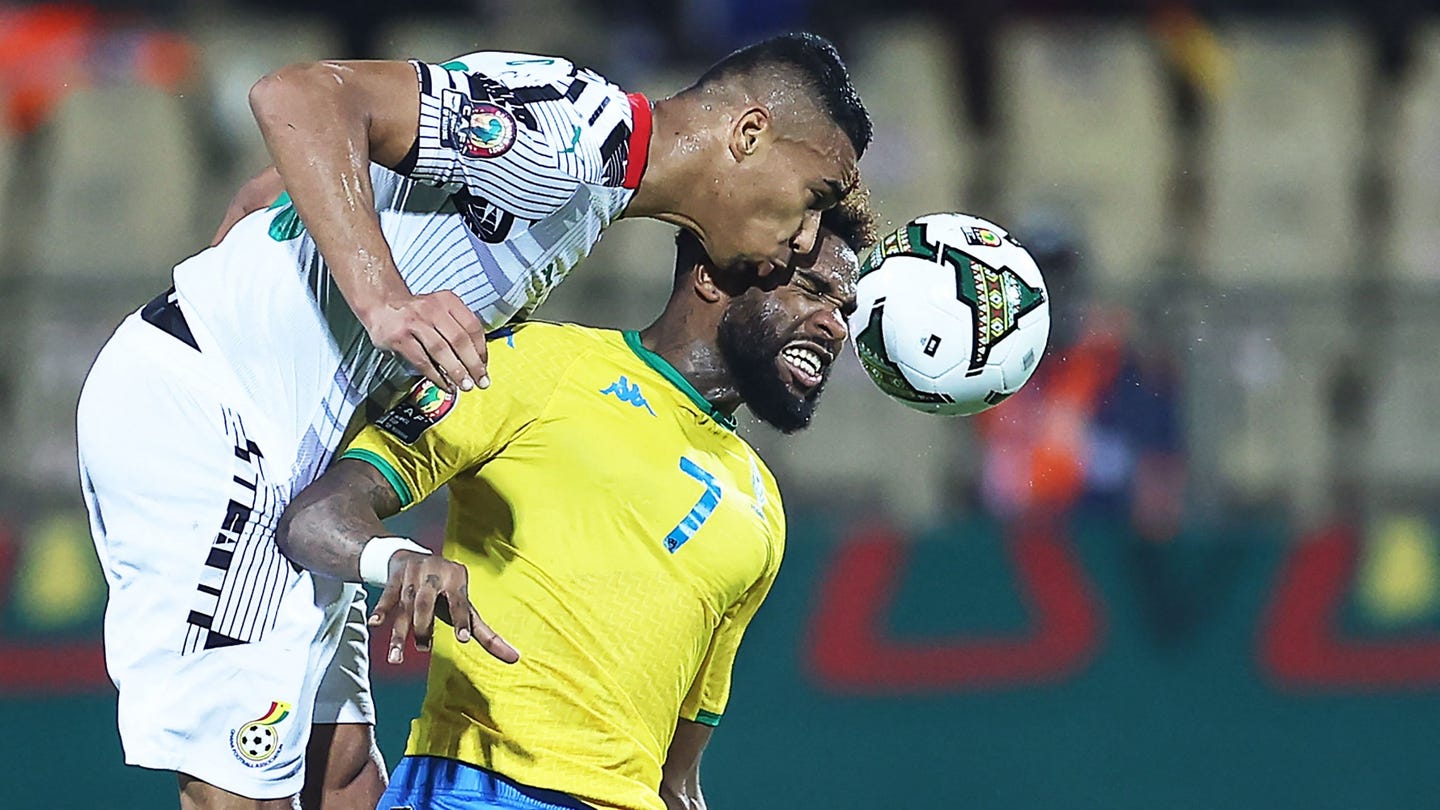 Djiku is likely to keep his starting place in Ghana’s starting set-up even if the team play two central defenders.

In a back three, he is likely to play as left centre-back, just as he plays at club side Strasbourg these days. 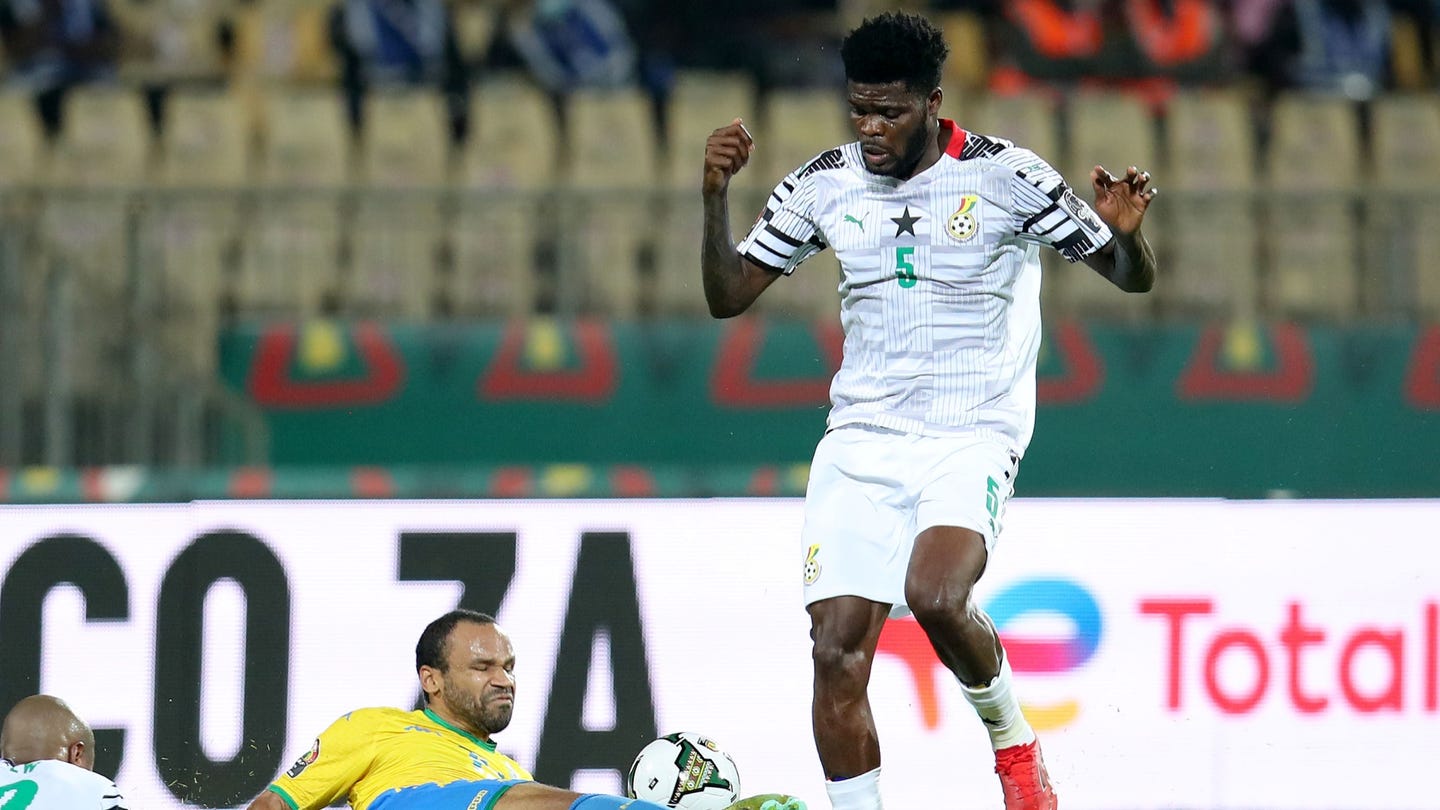 Partey has done a good job in a deeper and more defensive role for Arsenal this season.

In a potential Ghana 3-4-2-1 formation, the former Atletico Madrid man is likely to take up the defensive midfield role, playing as the first man in front of the back line. Ajax sensation Kudus mostly plays for Ghana and his club as a No.10 but a switch to a back three means he may be required to do a job deeper on the pitch as partner to Partey in midfield, with likely support from left-wing-back Schlupp. The wing positions are likely to be the most contested areas of the Black Stars set-up should the team land all its major player targets ahead of the World Cup.

Owing to his higher profile, Chelsea man Hudson-Odoi is expected to land one of the starting roles, most likely on the right where Sporting Club’s Abdul Fatawu Issahaku, Athletic Bilbao prodigy Nicholas Williams and Qatar-based Andre Jordan Ayew also like to operate. Stade Rennes youngster Kamaldeen Sulemana is tipped to start on the left wing, periodically alternating with Hudson-Odoi on the right during the course of games as the latter also ideally prefers to play on the left and not the right.

But should Kamaldeen fail to hit top form, Nicholas Williams and Crystal Palace’s Jordan Ayew will be looking to take over the starting spot.

Despite the possible availability of Roma’s Felix Afena-Gyan, Arsenal’s Edward Nketiah, Bristol City’s Antoine Semenyo and captain Andre Ayew for the Black Stars, Athletic Bilbao’s Williams is likely to claim the starting berth as lead striker as he provides a quick fix to Ghana’s striking problems in comparison to the young trio of Afena-Gyan, Nketiah and Semenyo. His profile as an out-and-out striker also puts him ahead of Andre who is not a classical No.9.

For the big stage that is the World Cup, Williams’ profile of playing competitive and first-team football at the highest level in La Liga (and in European inter-club competition) for years puts him in good stead for the big occasion that Qatar will be. That’s another advantage the 27-year-old has over Afena-Gyan, Nketiah andSemenyo.

Share the post "Inaki Williams, Salisu and Lamptey: How Ghana could line up at Qatar World Cup"