The National Council of Zongo Chiefs, scores of Assembly men and market women have endorsed the candidature of the Municipal Chief Executive (MCE) of Ayawaso North Municipal Assembly who was the MCE in the immediate past NPP-led government.

Theteforr calling on the President, Nana Addo-Dankwa Akufo Addo to retain him,  Hon. Mr. Aminu M. Zakari for his commitment in transforming the municipality through the provision of social and economic infrastructure to the citizenry.

According to them, the Municipality has further witnessed tremendous phase lift and development in areas such as schools, markets, drainage, periodic clearing of sanitation, distilling of chocked gutters, support to the needy, vulnerable, among others.

The Organiser of the National Council of Zongo Chiefs, Chief Ishak Suleman Naba-Sigri I in an address said the MCE has exhibited leadership in every working endeavour hence he must be acknowledged and honoured for his four year tenure of work.

He commended the President Nana Addo-Dankwa Akufo Addo for creating the municipality and said his performance has compelled the respective bodies to endorse him for the second time to continue with the good works.

According to him, the MCE’s works cut across every political divide devoid of discrimination and described him as a unifier to the admiration of the people in the community, adding further that his doors are always opened to address all manner of issues brought before him. 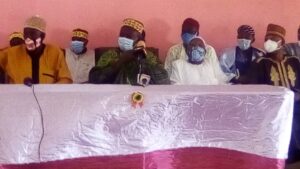 “I therefore call on the rank and file of the municipality to forge closer ties with the assembly to enable the MCE identify challenges confronting them”, he added and again said through such encounter, the MCE will bring development to the door step of the populace.

For their part, the market women pledged their support for the reappointment of the MCE to continue with the good works especially the empowerment of women in numerous working activities which makes them self-reliant in supporting the family system in the households.

“We will continue to work assiduously to enhance the collaboration between the assembly and the market centers and also pay market tolls for development purposes in the trading areas,” they said and however thanked the MCE for the various rehabilitation works across the markets which gave it a befitting place of trading. 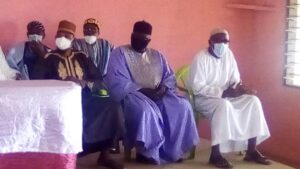 In a related development, the National Council of Zongo Chiefs presented a citation to Mr. Zakari for his outstanding performance on the development of social and economic amenities in the municipality.