Accra Hearts of Oak have suspended captain, Fatawu Mohammed for breaching the terms of his contract. 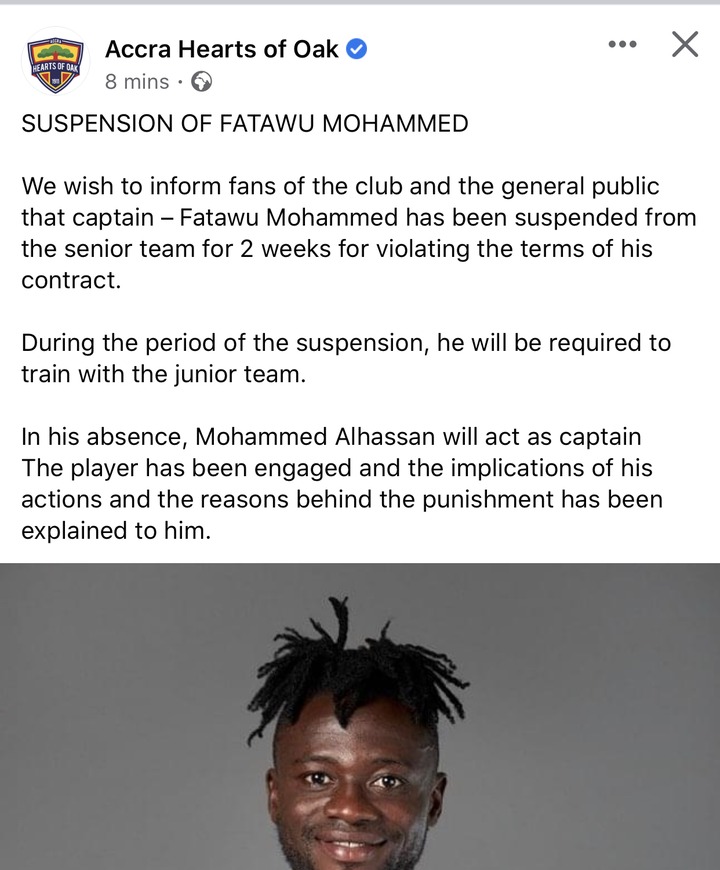 A club statement read: SUSPENSION OF FATAWU MOHAMMED. “We wish to inform fans of the club and the general public that captain – Fatawu Mohammed has been suspended from the senior team for 2 weeks for violating the terms of his contract. “During the period of the suspension, he will be required to train with the junior team. “In his absence, Mohammed Alhassan will act as captain 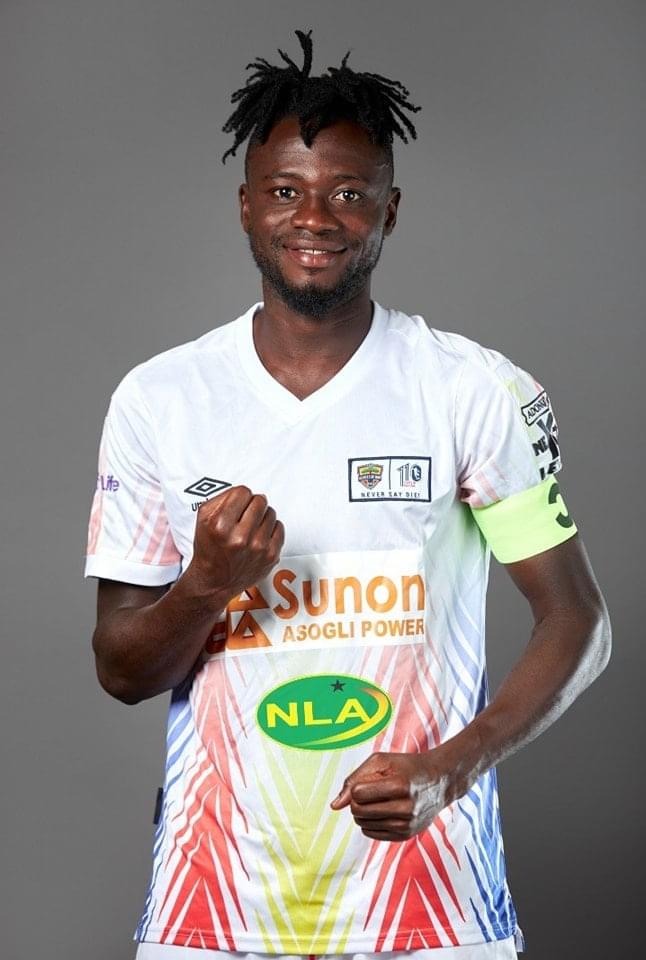 The player has been engaged and the implications of his actions and the reasons behind the punishment has been explained to him.” The club statement read. Accra Hearts of Oak have not done badly this season despite not pleasing their fans with their performance in the ongoing 2021/22 Ghana Premier League season. They however put up a dismal performance in the 2021/2022 CAF Champions League and the CAF Confederation Cup. The suffered a heavy defeat against Morocco giants, Wydad Athletic Club where they shipped in six goals and scored two in the process. 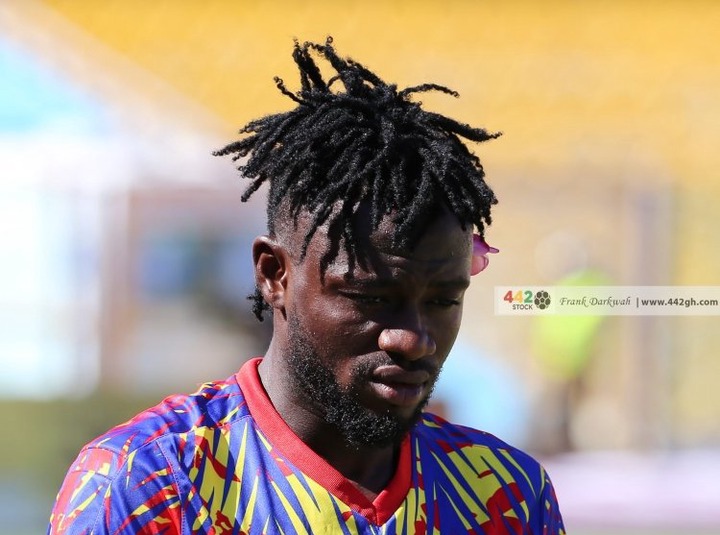 The first leg ended 1-0 for the Phobians with the second leg ending 6-1 in Casablanca. They dropped into the CAF Confederation Cup where they suffered a first leg win by 2-0 in Accra with the second leg ending 4-0 in Béchar to exit on 4-2 on aggregate. The returned to play the league where they have not done badly at all. They have managed to lose just twice, drawing five times and winning five games in the lead up clicking 20 points. They currently sit 6fh on the table and have an FA Cup round 32 clash on Wednesday against Accra based Division One club, Golden Kicks fc.