The Accra Regional Police Command has arrested 52 suspected criminals during a dawn swoop within the Metropolis to foil any criminal activities before, during and after the Easter festivities.

It has also impounded 44 Motorbikes in an effort to clamp down on crime, ahead of the Easter Holidays. 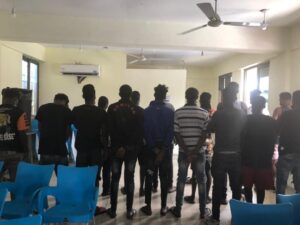 Speaking to this news portal (www.thenewindependentonline.com) Deputy Superintendent of Police (DSP) Mrs Effia Tenge, Head of Public Affairs Unit of the Command explained that, the-four-hour operation which was part of efforts to fight violent crimes ahead of the Easter Holidays, begun with the East Legon District Police Command.

“The operation which began with the East Legon district on Wednesday, March 31, 2021 arrested thirty one (31) motorbikes for various offences such as riding without licence, road worthy certificate, insurance and other infractions”, she noted.

On Thursday April 1, 2021, she indicated that personnel were drawn from the Accra Regional Operation for a similar exercise, where they invaded some criminal hideouts and caused the arrest of 52 suspects”. 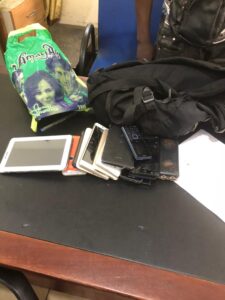 DSP Effia Tenge, said 17 mobile phones suspected to have been stolen were retrieved from some of the suspects.

The police operation, she explained, also targeted and impounded 13 motorbikes, unregistered, those without proper documentation and flouting road traffic regulations with impunity. 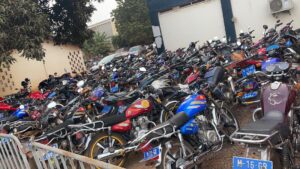 The suspects have been detained for screening and further police action.